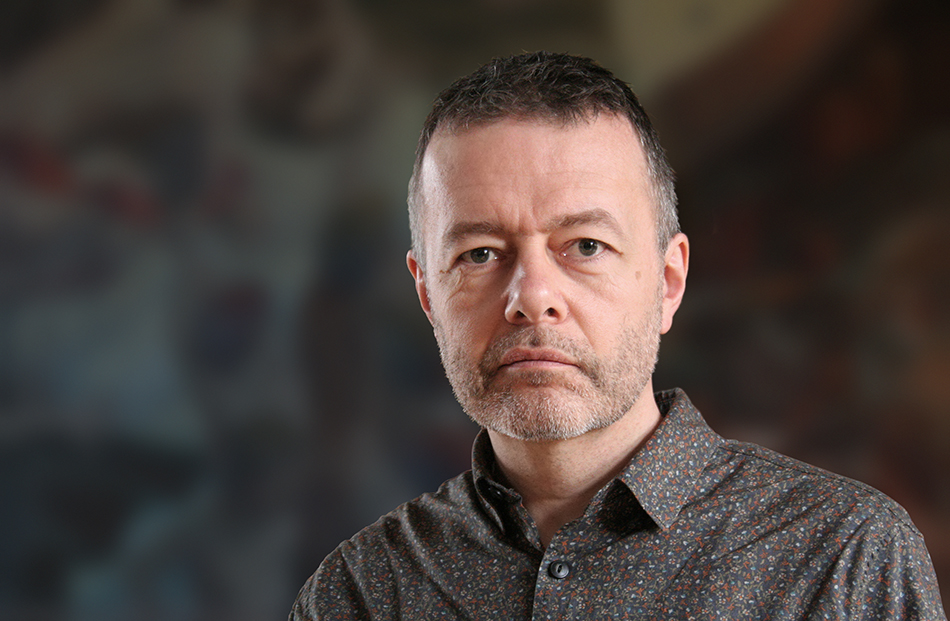 "[His music] possesses the ability to transport the listener to somewhere beyond the concrete and the everyday while apparently originating from within it."
Stuart Marshall, The Sound Projector

Andrew Lewis is a composer based in North Wales (UK). His music is primarily concerned with the phenomenon of sound as a raw material, and often uses technology in its realisation and performance. He is especially interested in exploring the musicality of everyday sounds as a means of connecting more directly with listeners. His output ranges from 'acousmatic' music (heard solely on multiple loudspeakers) to orchestral and chamber works, often (but not exclusively) including technology.


13 Mar 2020 – Canzon in Double Echo was given its second performance at Aberystwyth Arts Center as part of UPROAR's continuing Professor Bad Trip tour.

28 Feb 2020 – Canzon in Double Echo, for ensemble and electronics, was given its World Premiere by UPROAR at Chapter, Cardiff.

11 Apr 2019 – Earthline, for solo bass and alto flutes with electronics, was given its second performance by Richard Craig at the East Meets West event in Bangor.

9 Feb 2019 – Ensemble piece Étude aux objets was given its second performance by UPROAR at the Bangor New Music Festival on 9 February 2019. The performance was part of UPROAR's 10x10 project featuring newly commisioned works by ten composers from across Wales.

09 Feb 2019 – Earthline, composed for flautist Richard Craig, was premiered at the Bangor Music Festival on 9 February. The new work, for solo bass and alto flute and electronics, is based on computer analysis of birdsong, and develops ideas first explored in Skyline

26 Jan 2019 – Skyline was one of the works featured at a special event marking the 40th anniversary of the founding of EMAS (the Electroacoustc Music Association of Great Britain. The two-day event was organised by BEAN (The British ElectroAcoustic Network) in association with Greenwich University, London, and took take place on 26 and 27 Januray 2019.

14 Jan 2019 – Straatmuziek for flute, clarinet, piano and electronics will represent Wales at this year's ISCM World Music Days in Tallinn, Estonia. The piece will be performed by Finnish ensemble Defunensemble.

02 Nov 2018 – Andrew Lewis was one of the featured composers at this year's Sound Junction festival, Sheffield. He presented a solo concert of works including Ascent, Dark Glass, Skyline and two movements from Danses acousmatiques

27 Oct 2018 – Andrew Lewis was one of the featured composers at this year's L'Espace du Son festival, Brussels. He presented a masterclass and a curated a solo concert including Scherzo, Ascent, Dark Glass, Skyline, Penmon Point and LEXICON, along with works by Jonty Harrison, Annie Mahtani and Alex Bailey.

26 Oct 2018 – Skyline was performed by the Bristol University Loudspeaker Orchestra on 26 October 2018 at the Victoria Rooms, Bristol

31 Jul 2018 – Andrew Lewis was one of ten composers across Wales composing newly commisioned works for the launch of UPROAR, Wales' new music ensemble. The new work was premiered at Chapter Arts Centre in Cardiff, on October 26 2018.

5 Jun 2018 – The first movement of Lebenslieder was awarded second prize in the KLANG competition, Montpellier. This work for chamber orchestra and electronics deals with the topic of dementia, blending the voices of those with the condition with the live ensemble.

27 Apr 2018 – Andrew Lewis performed Skyline on the renowned BEAST diffusion system at the 2018 edition of BEASTFEaST in Birmingham, England

19 Mar 2018 – Lebenslieder, for chamber orchestra and electronics, was premiered on 19 March at the Pontio Centre, Bangor. An ensemble of 13 musicians from the BBC National Orchestra of Wales performed the three movement work at the'Songs from Afar' event, hosted by Welsh broadcaster Beti George. The piece uses the voices of people with dementia and their partners who care for them. Composition of the work was supported by The Leverhulme Trust.